You are here: Home1 / ART2 / BOOKS3 / ONE MILLION TERRORISTS 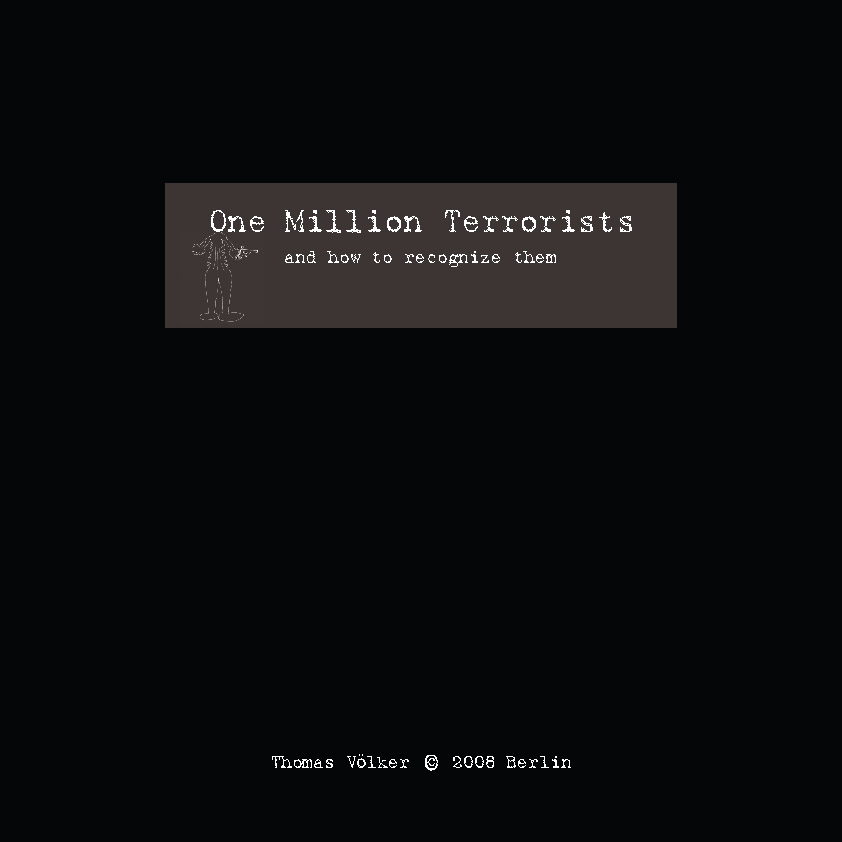 In 2008 “Terrorism” had become one of the most frequently used words in the media landscape. Yet although not a single day passed without our hearing or reading about terrorist threats, it was surprising that there appeared to be no precise definition of the term “terrorism”, nor even any clear description of the prime characteristics of a terrorist.

Let`s take a look at two examples:WIKIPEDIA quoted:”Terrorism expert Walter Z. Laqueur has counted over 100 definitions and concludes that the only characteristic generally agreed on is that terrorism involves violence and the threat of violence. Yet terrorism is hardly the only enterprise involving violence and the threat of violence. So do war, coercive diplomacy, and barroom brawls.”

On the front page of The Guardian one could read about “details of an MI5 document about the background factors leading individuals into involvement in terrorist activity. It was based on case studies of several hundred people. It concluded that there is no typical profile of the British terrorist. Those who have become involved have different attitudes to religion and are ethnically diverse; they are mostly male and in their 20s, but women and people over 30 are also drawn in; there are different familial circumstances and different levels of educational achievement amongst those covered by the study”.

This somewhat vague definition of the term ‘terrorism’  lead me to ask the questions: What do terrorists look like? What jobs and what hobbies do they have? What`s their aim in life? Do they have friends, or are all of them just crazy loners? I was curious to find out, so I asked people in Berlin and in London to draw an identikit picture of a “potential terrorist” on the basis of a couple of lines on an A4 sheet of paper, which I had prepared, photocopied and attached to a clipboard earlier.The result was some 300 drawings, the best of which have been reproduced here on the left-hand pages of this book. I have combined them with definitions and descriptions of terrorist profiles and objectives that I found in newspapers or the Internet.’ 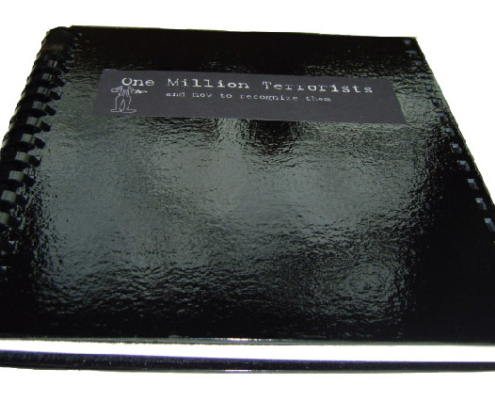 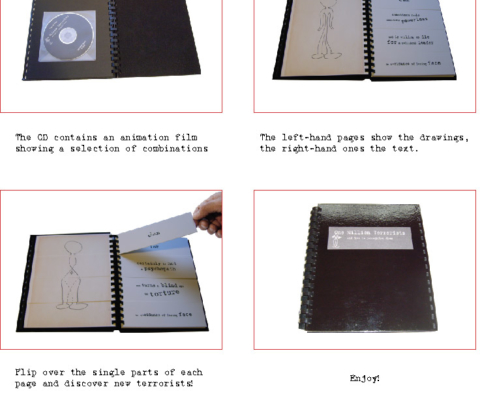 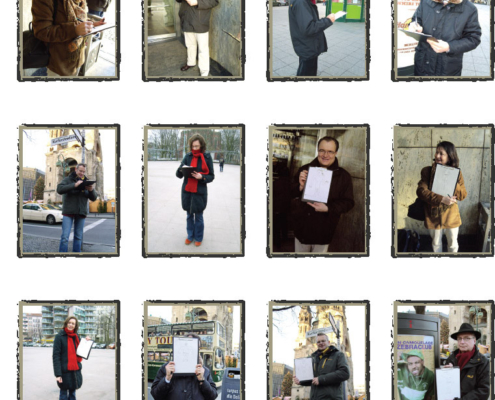 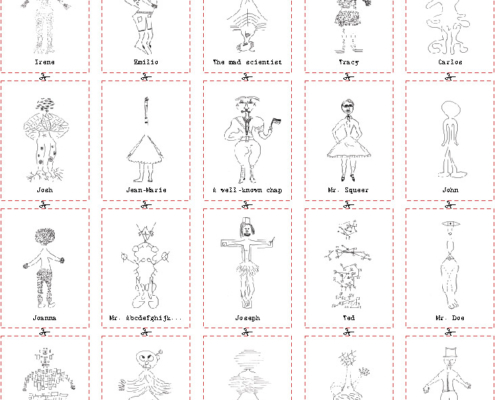